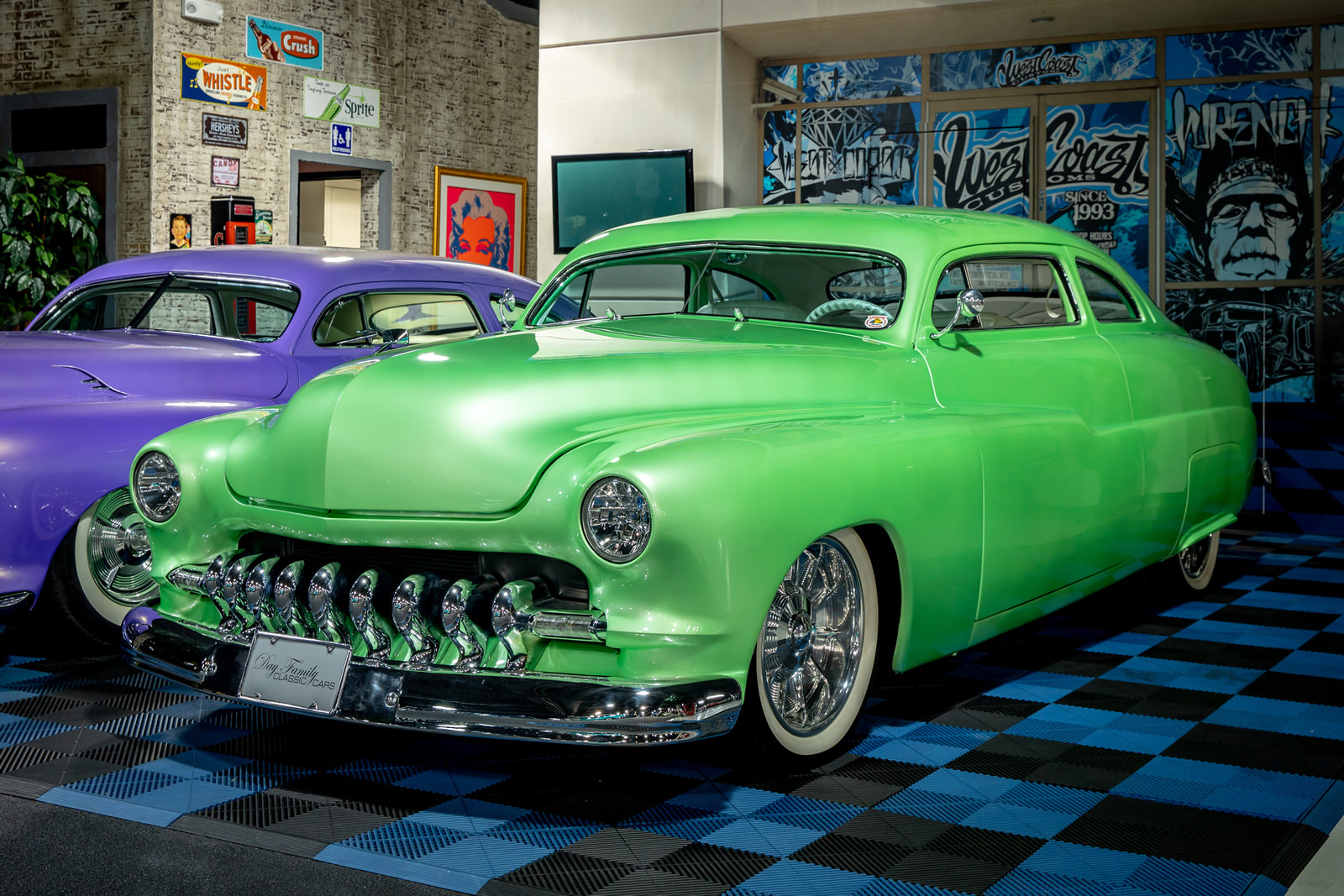 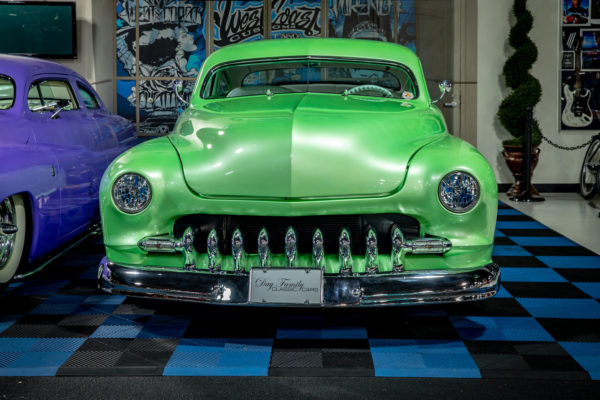 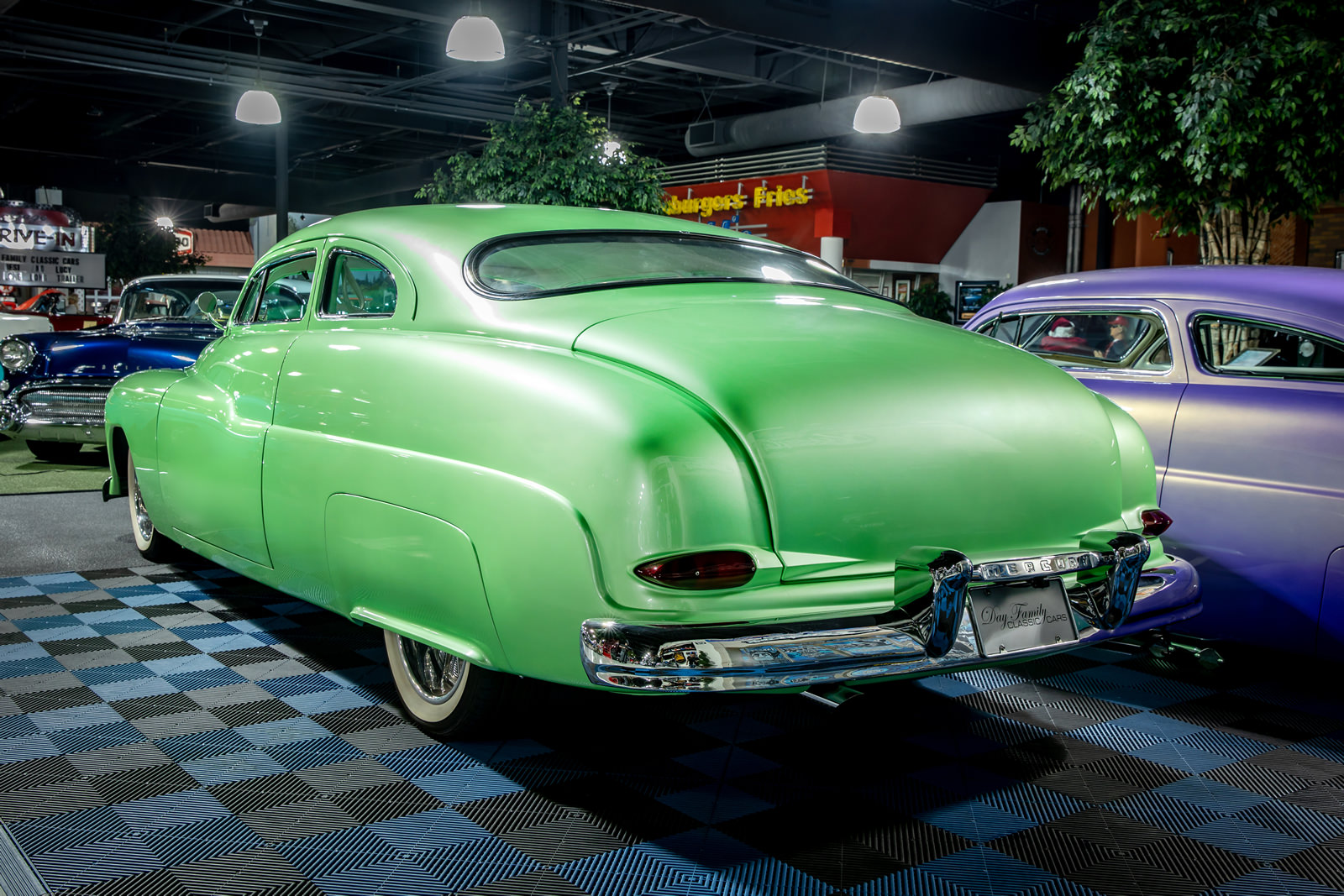 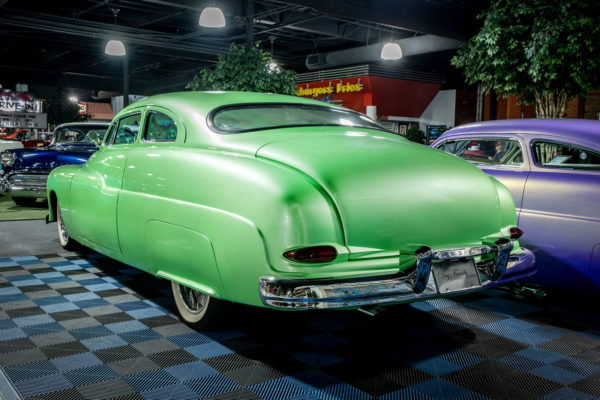 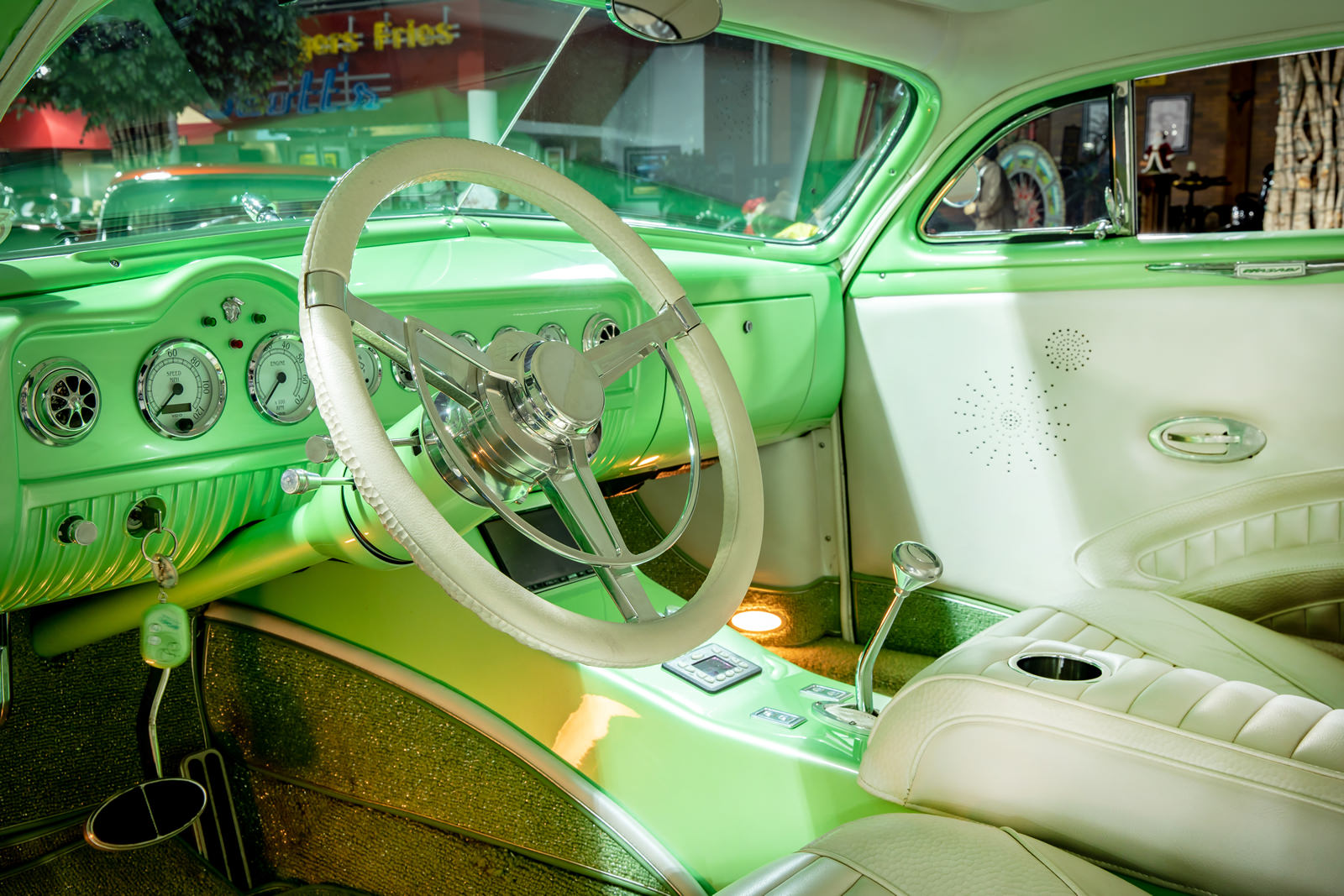 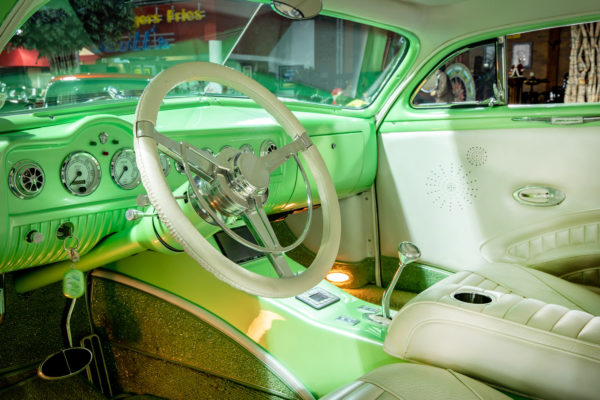 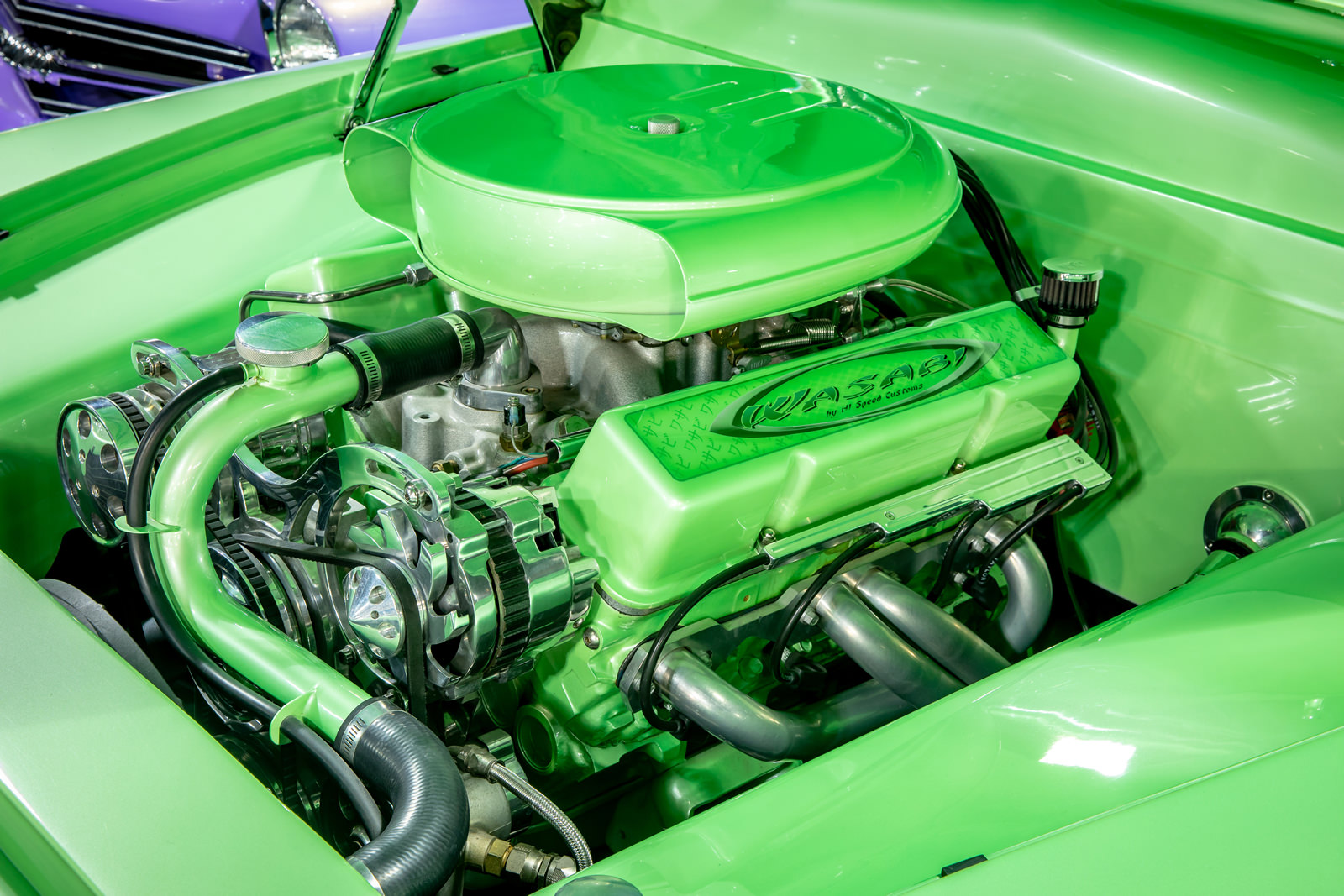 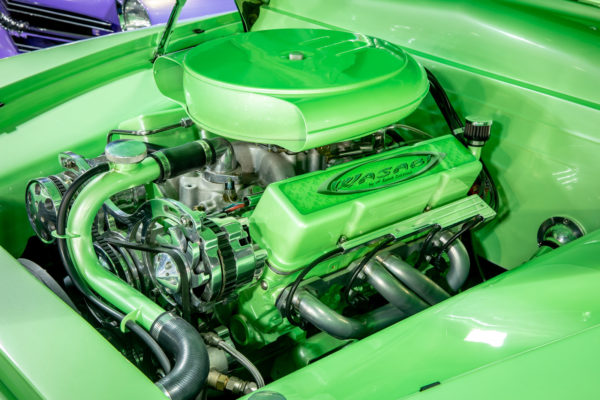 Additional Details:
This 1950 Mercury known as “Wasabi” was originally chopped and customized by the late Dick Dean, the hall-of-fame custom builder known as “the man behind Barris” and “the sultan of chop.” He worked for Barris from the early ’60s off and on until his retirement. In 2005, this car underwent a complete show-quality two-year no expense spared restoration with over 2,000 man hours invested in the build. The Merc was stripped to bare metal to uncover the body with no patch panels. All of Dean’s modifications were left intact, but all of the bodywork and gaps were massaged. The paint is a custom mix by Johnny Vegas in a PPG 5-stage Candy Pearl called Wasabi. The custom Pearl interior was expertly stitched. This custom is powered by a 383ci stroker backed by a 700R4 automatic overdrive transmission. Modern amenities include power steering, power disc brakes, Vintage Air, tilt wheel and an amazing sound system with navigation. There is even a backup camera when the car is put in reverse. The suspension was completely gone through and was upgraded to an Air Ride Technologies Level Pro system. It rolls on custom billet aluminum rims designed to replicate a 1957 Cadillac hubcap. From the Tammy Allen Collection.